SMG is a group of researchers in communication and media issues. It was formed by Professor Stylianos Papathanassopoulos in 2012 and it aims to conduct research in the field of communication and media studies. The research group SMG provides design, implementation and analysis on current affairs, and ad hoc basis for specific surveys. It also aims to complement its research activity with publishing. The webpage http://www.medianalysis.net is a part of SMG's activities.

The International Encyclopedia of Communication

The European Journal of Communication is interested in communication research and theory in all its diversity, and seeks to reflect and encourage the variety of intellectual traditions in the field and to promote dialogue between them. The Journal reflects the international character of communication scholarship and is addressed to a global scholarly community. Rigorously peer-reviewed, it publishes the best of research on communications and media, either by European scholars or of particular interest to them.

Journalism Practice is a scholarly, international and multidisciplinary journal, which provides opportunities for reflective, critical and research-based studies focused on the professional practice of journalism. The emphasis on journalism practice does not imply any false or intellectually disabling disconnect between theory and practice, but simply an assertion that Journalism Practice's primary concern is to analyse and explore issues of practice and professional relevance.

Kastaniotis Editions was founded in 1968. It was not long before the range and quality of our books succeeded in winning the favor of a large and demanding public. Our catalogue today comprises over 3,000 titles covering contemporary Greek and international literature, children's and young reader's books, psychiatry, politics, theatre, poetry, essays, studies, education, art books, among other catalogues.

Polity is a leading international publisher in the social sciences and humanities and we publish some of the world's best authors in these fields. Our aim is to combine the publication of original, cutting-edge work of the highest quality with a systematic programme of textbooks and coursebooks for students and scholars in further and higher education.

Routledge is a global publisher of academic books, journals and online resources in the humanities and social sciences. Founded in 1836, it has published many of greatest thinkers and scholars of the last hundred years, including Adorno, Einstein, Russell, Popper, Wittgenstein, Jung, Bohm, Hayek, McLuhan, Marcuse and Sartre.

Palgrave is a global academic publisher serving learning and scholarship in higher education and professional markets. It publishes textbooks, journals, monographs, professional and reference works in print and online. It has considerable strengths in the Humanities, Social Sciences and Business, market leading lists in Politics and Study Skills and a fast-growing journals programme.

Intellect published its first journal in 1986 and its first book in 1987. Their publishing programme focuses on topics related to creative media, such as: art, film, television, design, education, language, gender study, and international culture.

The Euromedia Research Group is a network of European researchers that began life in 1982 as a workshop on media policy, convened by Dr Karen Siune of Arhus University, within the framework of the European Consortium for Political Research (ECPR). Since then it has continued on its own initiative, changing in membership over time, but with the same working methods and purposes. It aims to collect and exchange information and to develop and apply frameworks that help to describe and analyse developments in media structure and policy in the European region. The core activity of the group has been to meet regularly in each other’s countries and to produce a sequence of books. 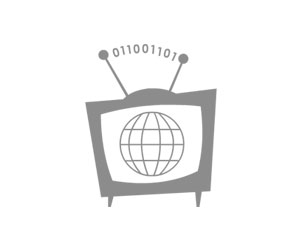 The Journal of Digital Media & Policy (formerly known as International Journal of Digital Television) aims to analyse and explain the socio-cultural, political, economic and technological questions surrounding digital media and address the policy issues facing regulators globally. Digitalization, together with the trends towards globalization, deregulation, technological convergence and the rise of the Internet, has enabled media industries, media services and companies to evolve. Online networks are exploring new business models for producing news and entertainment, thereby enhancing consumer choice. Digital media allow people to promote, create, distribute and share experiences with audiences online and create opportunities for innovation through, for example, the establishment of new revenue streams.

The International Encyclopedia of Political Communication

The International Encyclopedia of Political Communication is the definitive single-source reference work on the subject, with state-of-the-art and in-depth scholarly reflection on the key issues within political communication from leading international experts. It is available both online and in print. Explores pertinent/salient topics within political science, sociology, psychology, communication and many other disciplines. Theory, empirical research and academic as well as professional debate are widely covered in this truly international and comparative work.

This book series offers an outlet for cutting-edge research on all areas at the nexus of politics, the media, and political communication. Springer Studies in Media and Political Communication (SSMPC) welcomes theoretically sound and empirically robust monographs, edited volumes and handbooks from various disciplines and approaches on topics such as the role and function of communication in the realm of politics including campaigns and elections, media, and political institutions; the relations between political actors, citizens, and the media; as well as research investigating the influence of media coverage on political behavior or attitudes, party communication strategies, political campaigns, agenda-setting, and political journalism. All books in this series are peer-reviewed.

While media platforms can play a role in enhancing a European identity, the European dimension has rarely dominated in media history. Most web platforms are owned by American companies, and market shares are divided among national productions and importations from the United States and other influential countries. The EU-funded EUMEPLAT project will conduct a multidisciplinary analysis to shed light on whether new platforms (YouTube, Netflix and NewsFeed) are making European culture more European. To answer this question, the project will study indicators related to production, consumption and representation. It will also look for patterns on a national, regional and European level.