This book focuses on the developments of the broadcast and electronic media in Europe and the USA. It explores the effects of the deregulation, the increasing importance of multinational multimedia corporations and details the various challenges that commercialisation and privatisation are posing to the traditions of public service broadcaster, and the development of cable and satellite television in Europe and the US.

It pays particular attention to the deregulation and privatisation of broadcasting in Greece. It argues that broadcasting has been a source of controversy in Greece since its beginning, and the deregulation of the broadcasting sector was closely associated with politics rather than a well organised plan according to the needs of the industry. This resulted to an undisciplined television environment. 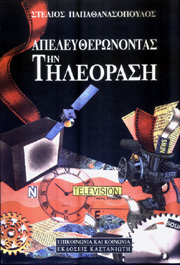