On any given day, the average citizen can choose between dozens of terrestrial or satellite or internet TV channels, radio stations, print or electronic newspapers and a host of websites. In practice, the media audience is becoming more and more fragmented, and the consumption of media content, whether informative or entertaining, is now in front of a screen, be it the traditional TV screen or the laptop or the tablet or the smart mobile. After all, in the history of communications, the same content could never be consumed by four different screens, and at the same time, inside the house or outside the house, constantly or on the move.
This book aims to highlight the key features of this new communication condition, as the consumption of modern media content is performed "among 4 screens". 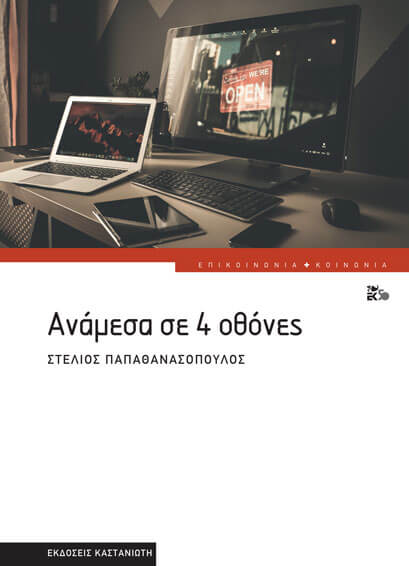